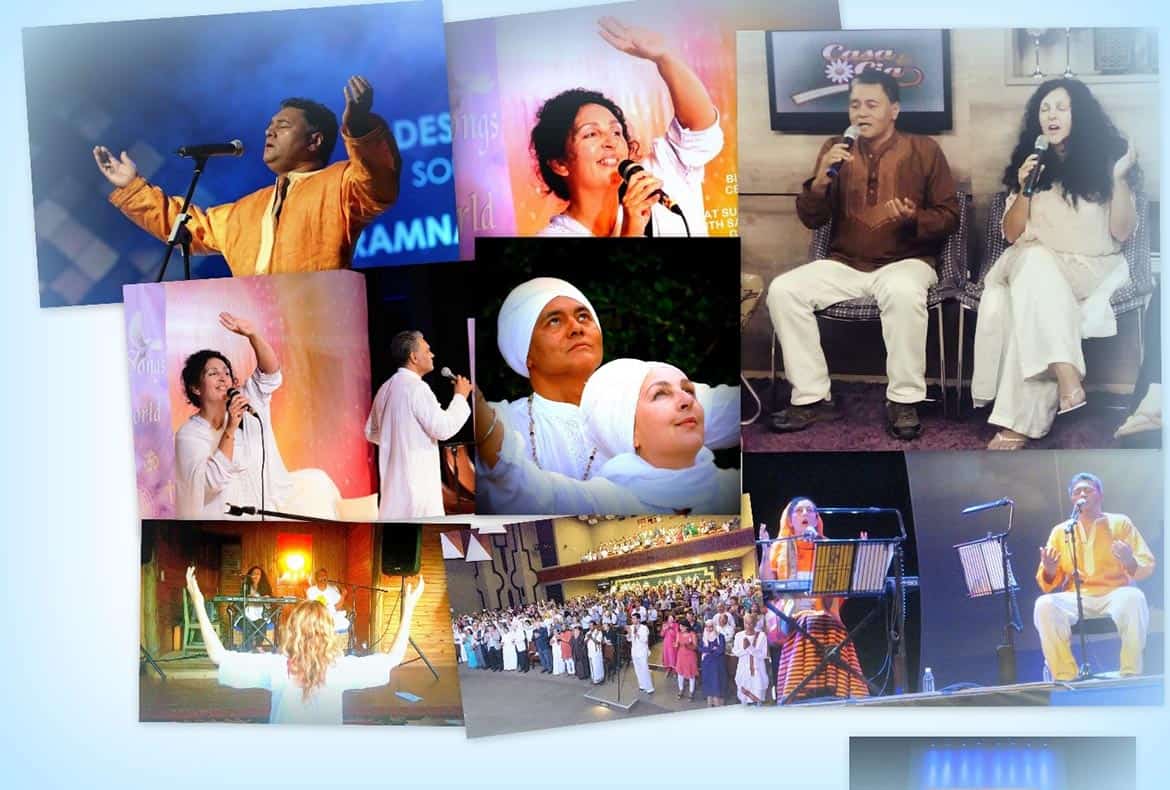 Founded in 1999 by world music composer, Lynne Holmes, Desert Rose is based in Cape Town, South Africa and is widely regarded as leading composers, producers and performers of Universal Sacred World Music. Their creative ability to draw on ancient chants and compose sacred world music fusions is globally unique, making their music accessible to all cultures and religious groups.

In 2005 Lynne Holmes teamed up with her life partner, Yusuf Ganief, and started an exciting musical journey through diverse cultures and faith groups from Sufism to Sikhism, singing  ancient languages including Aramaic, Sanskrit, Arabic, Hindi, Hebrew, Gurmukhi and the Khoisan’s N|uu language. Other languages include English, French,  Spanish and Xhosa.

Lynne Holmes, (Music composer, Director, Pianist, Keyboard/Harp player and vocals), is the winner of numerous awards including performing as a soloist with the National Symphony Orchestra for National Television at the age of 13. One of her performance highlights was composing and performing for Nelson Mandela in 1995. Her prolific ability to compose ancient music in a healing classical world music style has produced 18 world music albums over a period of 18 years, many of her albums receiving critical acclaim by media including a 5-star rating in 2010 for her album, ‘Silence of the Music’. She is recognized locally and internationally as one of the leading composers of universal sacred world music.

Yusuf, lead multilingual vocalist and group manager, was born from a mother with Scottish descent and a father with Javanese and Malaysian descent, but was brought up with the spiritual teachings and traditions of Sufism, passed on from generation to generation by his ancestors who were brought to SA in the 1600’s as political exiles by the Dutch. At age 10 he joined a traditional Sufi group and became known in his community for his solo recitals.

In 2008 Lynne recorded him as a soloist on the album, The Prayer. It became a local hit and gave birth to Desert Rose as a live performance group. Since then his personal spiritual path has developed him into a sacred multilingual vocalist singing in Sanskrit, Arabic, Gurmukhi, Aramaic, Hebrew, Hindi, French, Spanish, N|UU and English. In 2007 he gave up his professional career as CEO for the Cape Town Festival (One City Many Cultures Project) to follow his dream and passion as a sacred world music singer and spiritual teacher.

Desert Rose has been internationally acknowledged as ambassadors for peace, non-violence, interfaith and Climate Change awareness. Since 2013 they have been the only musicians invited as part of the International Interfaith Movement for the UN at the annual COP (Climate Change) conferences. They constantly strive to develop live performances, workshops and retreats to further their promotion of peace, social responsibility and common humanity through a unique universal musical signature. They follow a personal path of universal spirituality incorporating daily meditation, yoga, sacred chanting, veganism.

Their unique talents and authentic brand of sacred world music have taken them on 17 international tours over the last 5 years. Yusuf is currently the leading multilingual world music vocalist in Southern Africa and together with Lynne have performed to standing ovations in :

South Africa and Mozambique (Sound to Silence Tours – May and September 2016),