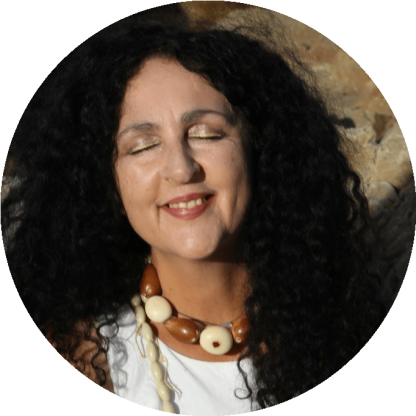 Born into a musical family in a little fishing village at the southernmost tip of Africa, Lynne started playing classical piano at the age of six. One of five children, all who studied music, the house was always a cacophony of sound. As a child, she would immerse herself in classical music, daydreaming to the sounds of Chopin, Grieg and Beethoven. She felt the music was her teacher, her parent, her nurturer and this curious connection with the masters existed at a very young and tender age.

Lynne showed a special gift when the first piano appeared in her home at the age of five. She would sit down and play whatever she heard, to the extent that when she was studying to be a concert pianist at the University of Cape Town her professor banned her from listening to other great performers.  Lynne would mimic them after one listen. This is a practice that Lynne continued as a composer, not listening to other musicians so as to maintain the integrity of her own expressive ability and voice as a composer.

She won many awards growing up, appearing as a soloist pianist with the South African National Orchestra at the age of 13. She went on to study under the renowned professor, Lamar Crowson at UCT. Her final recital as a soloist at UCT was received with a standing ovation from the dean of the faculty, lauding her as the best pianist ever to come out of South Africa.

However, this vote of confidence was not echoed in her home environment. Lynne’s father, in a drunken fit threw Lynne onto the street a few days after graduating with distinction. Having grown up in a troubled home with violence and alcoholism, circumstances did not allow Lynne to continue her performing career. After her studies she gave up performing and found a new path of introspection through musical composition. She studied composition for brief periods under Professor Zeidal Rudolph and Professor Tommy Rajner.

During her marriage and raising children, Lynne would sneak into the garage and produce original compositions in the middle of the night when her children were sleeping. In 1999, she plucked up the courage to mix one of her tracks in a professional recording studio. She made a demo using her own voice. Her shyness being an obstacle, she used to send the engineer out whilst recording vocals. One of her songs was heard on the back end of someone else’s recording that was sent into a competition. The well-known manager of Shakatak and record label owner of Passion Music London, Les Mccutcheon was blown away by what he heard. He offered a recording and distribution deal through Passion Music London.

Sands of Time, Lynne’s debut album was born, with distribution worldwide from the UK. Her hit song, San Song, with Indigenous people’s samples, stayed on the top twenty charts in South Africa for 3 months. She had no desire to perform, but rather to continue to record and produce music. With her love of music therapy and deep understanding of the power of music, she continued to produce and write music for healing and meditation. It was only after a long drawn out divorce, she finally met her life partner, Yusuf Ganief.

In 2008 Lynne was launched back into the limelight with a performing career began once again. After the success of their first album, The Prayer, the demand for them to perform was so great, Lynne returned to the stage with Yusuf in a debut performance to five thousand people in Cape Town. 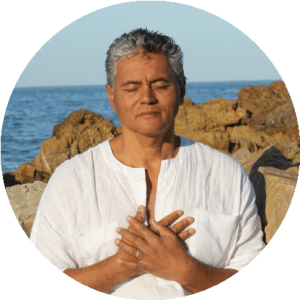 A fifth-generation descendant of the Malay political prisoners that were brought to the shores of Cape Town as exiles and slaves by the Dutch in the late 17th century, Yusuf was born into a strict Sufi family. As an only child, he developed a strong and free-thinking identity during the many hours spent alone at a young age, while both parents worked.

Growing up during the heart of Apartheid South Africa, Yusuf’s family were disadvantaged as they were labeled as non-white despite his mother’s ancestors being Scottish. Forcibly removed from their home from a young age, Yusuf, a victim of prejudice, denied proper education, housing and opportunity, strived to better himself in an unjust world.

At the age of ten, Yusuf’s talent was recognized as a sacred singer. His Saturday nights were spent singing at spiritual gatherings in devotional singing called Dhikr – a Sufi practice. His Sufi leader and teacher recognized his ability to open hearts through his Naad voice which led to him leading many devotional chanting gatherings. This laid the foundation for a career he would never have dreamt of, as the rest of his life was spent fighting prejudice and suffering through life on the Cape Flats, the home of all non-white Capetonians.

Yusuf left many jobs due to unfair Apartheid laws. He became multi – skilled in computer programming, accounting, business management and every other field he could teach himself. However, it was only after democracy in 1994 that opportunity knocked at Yusuf’s door. He rose to success when his business acumen was recognized and he became General Manager of the Association of Marketers SA. Eventually in 2003 he became CEO of the Cape Town Festival or One City Many Cultures Project, a platform that gave him an opportunity to promote common humanity, respect, tolerance and understanding through the arts, a passion that was born through living under the wings of prejudice.

Yusuf’s brain child was the International Performing Arts Festival, providing employment for more than 1800 artists over a 2-week period in Cape Town incorporating 10 venues.  It was during the zenith of his career as an arts and cultural activist that he met and asked Lynne to develop a classical music offering as part of the festival.

When Lynne and Yusuf met, they realized their combined skills could uplift many disadvantaged artists in Cape Town. However, the hidden gem of Yusuf’s voice was yet to be found and a new path was destined for the couple. After hearing Yusuf sing in 2006, Lynne wrote and produced their first album, The Prayer, where Yusuf’s voiced soared from Cape Town to the Globe. The rest is history.