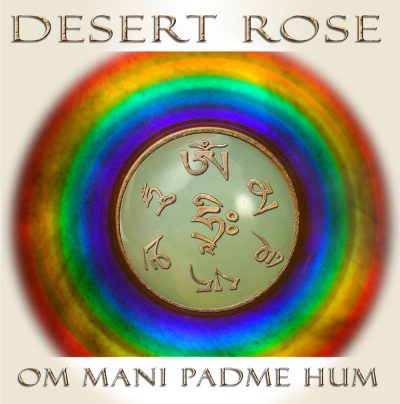 Desert Rose, founded in 1999, is widely regarded as one of the leading sacred world music composers and performers in the world, They have produced 12 albums in the healing, word music, meditation and sacred world music genres, Their multilingual music includes Sanskrit, Arabic, Xhosa, Hebrew, Hindi, Latin and English.

Wow! What an amazing performance last night from Desert Rose from Cape Town South Africa. I have heard many hundreds of live bands over the years. These guys are totally amazing. A 6 piece African band to die for. They are performing in London on Saturday and then at Oxford University on Sunday. These guys are going to hit Europe with a storm.

I have been a musician and composer of my own songs for over 40 years and have attended thousands of live performances of every genre of music available to my ears. The music of Desert Rose is something of a new league to me. It reaches the innermost depths of your soul and you feel the raw emotion of what is going on in the music. I will only be happy when I have heard them perform in world class venues to massive crowds. The work they are doing to bring the world’s eclectic mix of people together through music is truly wonderful. I plan to do everything I can to ensure that next time they tour the UK they have a professional agent who paves the way for them to be a global phenomena. I would highly recommend anyone goes and hears their beautiful sounds.

Desert Rose, founded in 1999 by Lynne Holmes, is widely regarded as one of the leading composers and producers of classical world music in South Africa. In 2005 Lynne met with partner and lead vocalist, Yusuf Ganief, and in 2008 she produced and recorded him as an Arabic vocalist on their first spiritual world music album, The Prayer. This debut album became CD of the year on VOC radio station, Cape Town and has since been internationally acknowledged in Turkey, UK, Malaysia, Poland, Singapore and India.

To date they have composed and produced 12 CDs within the easy listening, world music and sacred world music genres.

The duo has since 2008 established themselves as the leading composers and performers of Sacred World Music in South Africa. They have specialized in composing indigenous Sufi music brought to the shores of South Africa in the late 1600’s by Yusuf’s ancestors from the Malay Archipelago which included Malaysia, Indonesia, Singapore, Philippines and East Timor. Their album, Silence of the Music (September 2010), resulted in Desert Rose receiving a 5 star rating from mainstream media for Lynne’s musical integration of diverse cultural elements into a unique classical world music sound. The core group is made up of the duo, Yusuf and Lynne, and features regular guest musicians depending on the event requirements.

Desert Rose has featured and performed in South Africa at various openings of major functions such as the Mandela Day at the Ubuntu Festival (2009), the annual Cape Town Festival on Human Rights Day (2009 & 2011), the Peace March Celebrations in St Georges Cathedral (1989) and the launch of the Charter of Compassion in Erin Hall with Archbishop Desmond Tutu (2010), the annual Indigenous Orchestra Ensemble at Artscape Theatre, Cape Town (2011) with Pops Mohamed, Dizu Plaatjies and other icons of African indigenous music, headliner act for the annual Spiritfest in Stellenbosch (2013) and Reconciliation Day Celebrations in Greyton (2013).

By invitation of the South African Faith Communities they performed in Warsaw, Poland at COP19 (9 to 23 November 2013) as part of the We Have Faith Campaign to address Climate Change through arts.

Recently in March 2014 they were invited by the Brahma Kumaris Spiritual University and performed to standing ovations at their headquarters in Mount Abu, Ahmedabad and at the Om Shanti Retreat Centre in Delhi.

Desert Rose shares a vision that all of creation comes from One Source and attempts to promote this common humanity and spirituality through their music. Their multi lingual and multi faith world music has been critically acclaimed by diverse faith and religious groups all over the world.

“The aesthetic combination of invocations with sounds engineered by Yusuf and Lynne are not only beautiful and pleasing to the ear but also helps the listener to be in awe of the majesty of the Creator or Al-Jamal (Beauty). Listening to Desert Rose is not only entertaining but is also a spiritual exercise that develops in us the capacity to discover love, peace and tranquility.”

Thank you so much for Saturday’s concert in London it was a profound & beautiful experience & am so soo happy to finally meet all of you!! after all this years of listening to your wonderful music !!
hope to see you again soon in London !!
love & best of grace to all :-*:-*

It would not be an exaggeration to say that I was transfixed by the sounds and rhythms of the music. I found it quite magical the way the sounds of Islam merged with the sounds of Africa and Muslim and Jewish lyrics were woven together in at least one of the songs.

The evening gave me a new insight into the meaning of diversity and it was a truly spiritual experience. I felt a rare and inexplicable calm by the end of the evening and it came on slowly and lingered. I lived in the Middle East for several years and am familiar with the sounds of the muezzin. Listening to Islamic chanting is not what I grew up with but I think it was the compositions and the context of the music that made it such an enduring and moving encounter.

Desert Rose are certainly a group of talented individuals, but what sets them apart is the fusion they bring across colours, cultures and religions. The fusion is brought together in style, grace and harmony to provide uplifting entertainment.

Some say that words are food for the mind and music food for the soul. This would certainly be true for the music of Desert Rose. It is food for a tired body, for the lethargic mind and the battered will. It is difficult to put to words the plethora of feelings one gets when hearing this meditative music. When Desert Rose performed at the Institute for Advance Islamic Studies, IAIS Auditorium, we heard it with silence and the lights dimmed, and many hearts were filled with love and eyes filled with tears. With the main theme of the music of Desert Rose, that being God and His beloved ones, one cannot but be strengthened with the love for the Almighty, and reminded of times lost when the prophets walked the earth. And I cannot help but wonder that if we could be reminded of the beauty that surrounds us all the time, there will be no time for war and no space for hatred to take root on Earth. Desert Rose certainly reminds of the times of past, of what could have been, and what should be.
Dr Yunus Yasin, Director: Fajr Symphony
21 June 2013
Comment on Desert Rose concert at Institute for Advanced Islamic Studies, Kuala Lumpur, Malaysia
“Desert Rose’s music and singing never fails to open my heart every time I hear it – and resonates in my whole being. I never tire of playing it.
What a fabulous combination of performers – African singing, dance and drumming that is deeply moving – and a true representation and message of hope from a true Rainbow Nation -”

I was taken by surprise with the talent on show and how cleverly they wove Sufi traditional songs with African rhythms and visa versa. All music arrangements and most of the compositions are credited to Lynne Holmes on keyboard, but the outstanding singing from Yusuf Ganief and Nceba Gongxeka was something special. Complimenting this were Sisonke Godlo on African percussion, Farah Jawitz on Clarinet and Lynne Holmes’ daughter, Michaela on vocals. She is a talented singer in her own right with an interesting future ahead of her. Nceba Gongxeka also played a number of instruments some of which I’d not seen before, e.g. Mbira, African Mouth Bow, African Harp and Shakers. He also showed off some great dancing moves when he stepped off the stage and went into a short set of well known South African songs.

This group carry a wonderful spirit with them from their Sufi teachings and possess a sound that is indeed unique, exciting and definitely uplifting. The combination of the five musicians on show here worked and they presented a marvellous show, feedback from those attending has been nothing but complementary. Hopefully they will swing by London again on another occasion and when they do, we’ll be happy to host them again.