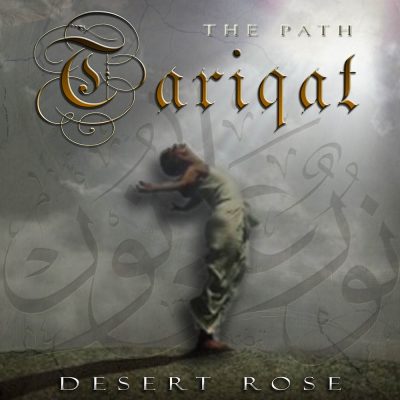 This world music pilgrimage will take you on a profound journey of spiritual awakening as ancient Sufi Arabic chants intertwine seamlessly with indigenous African sounds and rhythms. A Sufi Music Journey

I have been a musician and composer of my own songs for over 40 years and have attended thousands of live performances of every genre of music available to my ears. The music of Desert Rose is something of a new league to me. It reaches the innermost depths of your soul and you feel the raw emotion of what is going on in the music. I will only be happy when I have heard them perform in world class venues to massive crowds. The work they are doing to bring the world’s eclectic mix of people together through music is truly wonderful. I plan to do everything I can to ensure that next time they tour the UK they have a professional agent who paves the way for them to be a global phenomena. I would highly recommend anyone goes and hears their beautiful sounds.

It would not be an exaggeration to say that I was transfixed by the sounds and rhythms of the music. I found it quite magical the way the sounds of Islam merged with the sounds of Africa and Muslim and Jewish lyrics were woven together in at least one of the songs.

The evening gave me a new insight into the meaning of diversity and it was a truly spiritual experience. I felt a rare and inexplicable calm by the end of the evening and it came on slowly and lingered. I lived in the Middle East for several years and am familiar with the sounds of the muezzin. Listening to Islamic chanting is not what I grew up with but I think it was the compositions and the context of the music that made it such an enduring and moving encounter.

Desert Rose are certainly a group of talented individuals, but what sets them apart is the fusion they bring across colours, cultures and religions. The fusion is brought together in style, grace and harmony to provide uplifting entertainment.

A curious fusion of African, Arabic sacred world music and their own unique sound, Tariqat is an addictive listen. The distinctively African-flavoured track Ya Hayyu Ya Qayyum is something I’ve not heard before – as is Nkosi Sikelele being sung in Arabic.

Invited to the Tapestry of Sacred Music Festival in Singapore in April they played to packed houses at the open-air Esplanade Theatre. The Festival, which showcases devotional music from all world faiths, is an annual international event.

“We were nervous as we didn’t know what to expect. But what pleased us was that when Desert Rose played the audience was transfixed. Normally people come and go, but with Desert Rose they stayed in their seats,” adds Tan Xiang Hui, Festival Director.

After Singapore it was destination Malaysia and the annual Malam Melayu event at the Georgetown Festival in Penang, an event that celebrates Malay culture.

“There we had four days to rehearse with a local 18-piece orchestra before performing at the Sri Dewan Penang, or State Theatre, in Penang. It was our second year, and it was gratifying to see that people were happy we were back,” says Yusuf.

“We played Remembrance and it really moved the audience, I could see that it touched them.”

Prof Al-‘Attas commented that the aesthetic combination of invocations with sounds by the group were not only exquisite and pleasing to the ear, but also helped the listener to appreciate the Jamal, the sublime beauty of the Creator.

“Listening to Desert Rose is not only entertaining but is also a spiritual exercise that develops in us the capacity to discover love, peace and tranquillity,” he said.

“This would certainly be true for the music of Desert Rose. It is food for the tired body, for the lethargic mind and the battered will. It is difficult to put to words the plethora of feeling one gets when hearing this meditative music…when we heard it in the IAIS auditorium many hearts were filled with love, and many eyes were filled with tears.”

Lynne – who composes and directs Desert Rose’s sounds with the guidance of Sufi Master Shaykh Fadhlallah Haeri – comments that with her music, her intention is a critically important component of what she does.

Desert Rose, founded in 1999 by Lynne Holmes, is widely regarded as one of the leading composers and producers of classical world music in South Africa. In 2005 Lynne met with partner and lead vocalist, Yusuf Ganief, and in 2008 she produced and recorded him as an Arabic vocalist on their first spiritual world music album, The Prayer. This debut album became CD of the year on VOC radio station, Cape Town and has since been internationally acknowledged in Turkey, UK and Europe.

To date they have composed and produced 11 CDs within the easy listening and world music genres including the crossover album, Spirit of Africa, where they collaborated with icons in the South African and African indigenous musical genre such as Dizu Plaatjies and Pops Mohamed. The album was released in 2007 and endorsed by Archbishop Desmond Tutu as being a musical tribute to the spirit of Chief Albert Luthuli.

The duo has since 2008 established themselves as the leading composers and performers of Arabic Sufi World Music in South Africa. They have specialized in composing indigenous Sufi music brought to the shores of South Africa in the late 1600’s by Yusuf’s ancestors from the Malay Archipelago which included Malaysia, Indonesia, Singapore, Philippines and East Timor. Their album, Silence of the Music (September 2010), resulted in Desert Rose receiving a 5 star rating from mainstream media for Lynne’s musical integration of diverse cultural elements into a unique classical world music sound. The core group is made up of the duo, Yusuf and Lynne with regular guest musicians depending on the event requirements.

Desert Rose has featured and performed in South Africa at various openings of major functions such as the Mandela Day at the Ubuntu Festival (2009), the annual Cape Town Festival on Human Rights Day (2009 & 2011), the Peace March Celebrations in St Georges Cathedral (1989) and the launch of the Charter of Compassion in Erin Hall with Archbishop Desmond Tutu (2010), the annual Indigenous Orchestra Ensemble at Artscape Theatre, Cape Town (2011) with Pops Mohamed, Dizu Plaatjies and other icons of African indigenous music, and recently as headliner act for the annual Spiritfest in Stellenbosch (2013).

They have recently been invited by the South African Faith Communities to perform in Warsaw, Poland at COP19 (9 to 23 November 2013) as part of the We Have Faith Campaign to address Climate Change through arts.

Desert Rose shares a vision that all of creation comes from One Source and attempts to promote this common humanity and spirituality through their music. Their multi lingual and multi faith world music has been critically acclaimed by diverse faith and religious groups all over the world.

Lynne began her piano studies at the age of six. At the age of 13 she was chosen by the National Orchestra to perform a solo piano concerto for SABC. During her school career she won many awards for excellence in Classical Piano and in 1989 she received a distinction in performing under the world renowned Professor Lamar Crowson at the University of Cape Town.

After getting married and deciding not to pursue a performing career, Lynne turned inward to become a composer, studying part time with professors, Zeidl-Rudolph, Klaztow and Rajner. Her first World Music tracks were discovered by London based company, Passion Music who immediately recognised her exceptional musical ability as an international writer, composer and producer of World Music and New World Music. Her first album, Sands of Time was released from London internationally in 2000. Her single, San Song soared on the top twenty charts for 4 months in South Africa while her album was distributed from New York to Hong Kong, Australia and across Europe.

In 2008 she produced her first Sufi album, The Prayer, which became a hit in spiritual music circles in Cape Town and was successfully released in Turkey and selected outlets in the UK and Europe. Since 1999 Lynne has composed and produced 11 world music albums. In June 2009 Musica selected 4 of her CDs as Critics Choice and in 2010 her album, Silence of the Music, received a 5 star rating from mainstream media. Lynne specializes in fusing indigenous music and diverse cultures into a unique classical world music style and she is currently acknowledged as one of the leading world music composers in South Africa.

She recently composed and produced her 10th CD titled, Tariqat – The Path. It is a Sufi world music CD that draws on ancient North African Dhikr (songs of remembrance) and ancient melodies and Dhikr from Malaysia and Java. In 2013 she successfully released her 11th CD and her first Sanskrit and Arabic crossover world music album called Welcome the Light.

Lynne has been creating music for the purposes of healing and spirituality for the last 15 years and follows a universal path of spirituality in her daily life.

Yusuf was born from a mother with Scottish descent and a father with Javanese and Malaysian descent, but was brought up with the spiritual teachings and traditions of Sufism, passed on from generation to generation by his Javanese and Malaysian ancestors who were brought to SA as political exiles in the 1600’s. At age 10 he joined a traditional Qaderi Sufi group, known in South Africa as a Dhikr Qaderiyah Jamaat, and became known in his community for his solo Arabic recitals.

In 2008 Lynne recorded him as a soloist on the album, The Prayer. The first song on the album, Remembrance, has become an international spiritual world music hit. The album became the most played album on VOC Radio and they were invited to perform as headliner artists at the annual 2008 VOC Festival. This gave birth to Desert Rose as a live performance group. The Prayer received international recognition and is distributed in Turkey and selected outlets in the UK and Europe.

Yusuf is the lead singer for Desert Rose and is widely accepted as the leading Arabic vocalist in Southern Africa. In 2010 he was chosen to represent the Sufi faith communities in a national television programme (Southern Rhythms) on SABC which highlighted South Africa’s diverse spiritual communities during the 2010 World Cup in South Africa.

Lynne recently composed his 3rd soloist album called Tariqat. The music draws much from his childhood and Sufi upbringing through his Malaysian and java roots. Yusuf is also an arts activist who promotes cultural diversity and tolerance. He spent most of his career in business management and was CEO of the Cape Town Festival (One City Many Cultures Project) until 2007 before joining Desert Rose as a full time Sufi singer and business manager. He currently serves as a committee member of the Cape Town Interfaith Initiative and follows a Sufi path in his personal life.